Materials presented by the Mikhailovo Artillery Military Academy confirmed significant personnel, armaments, and equipment losses suffered by the Ukrainian forces during the fighting in Maryinka in May 2016, a month to which Aleksandr Turchinov referred to as “black.”

The Special Technology Center of the Mikhailovo Artillery Military Academy made public materials concerning the experimental reconnaissance-strike complex consisting of Orlan-10 UAVs and a battalion of self-propelled 2S1 Gvozdika 122mm howitzers, and the effects of its use on the Donbass.

The materials refer to events which Ukraine’s National Security and Defense Council Secretary Turchinov referred to, during June 2, 2016 visit to a National Guard training facility, in the following manner: “May was for us a “black month”, because during that month we suffered the heaviest losses in an entire year. We lost very many heroes, many others were wounded.”

Turchinov also issued the standard accusations, to wit: “Russian-terrorist forces are using weapons prohibited by the Minsk Agreements in order to accurately strike our positions. It’s not just a matter of an increased number of bombardments. These are very accurate strikes, which rely on modern target acquisition and fire correction systems. ” We should note, however, that the Orlan-2S1 combo destroyed similar “weapons prohibited by Minsk agreements,” which was also about to be used “using modern target acquisition and fire correction systems,” provided by Ukraine by the US.

According to the report, 4 US AN/TPQ-48 counter-battery radars were destroyed. Two additional such radars were lost in sector S during the destruction of the Debaltsevo cauldron, according to uncovered Ukrainian military staff documents. 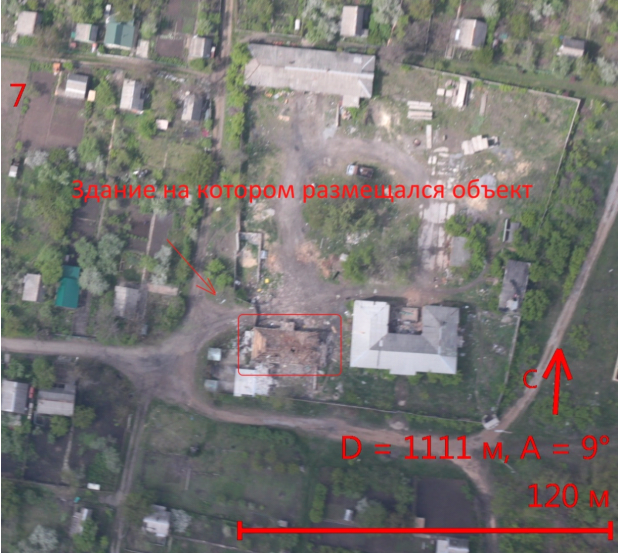 The AN-TPQ-48 located in a single-story house, was destroyed together with the house and highly trained personnel operating the radar. This mission was accomplished using only 38 shells, instead of the 300 specified by artillery fire norms.

Immediately after these losses, Ukrainian authorities immediately requested additional deliveries of such radars, which Poroshenko announced during a press conference on June 3: “Russia turned Ukraine’s East into a training ground for testing its newest weapons, electronic warfare systems, communications, but Ukrainian forces, with the help of its partners, have already learned how to combat them and are capable of repelling any possible offensive operations. Ukraine has strengthened its reconnaissance, its protective measures, and equipment strength.”

A screenshot from video sent by an Orlan-10. Ukrainian equipment and troops are, typically, located in the midst of civilian dwellings.

The report also contained information about the shelling of a company defensive position which struck 79th Airmobile Brigade’s Feniks Battalion’s artillery sheds in Maryinka, destroying all of its MTLB armored vehicles. 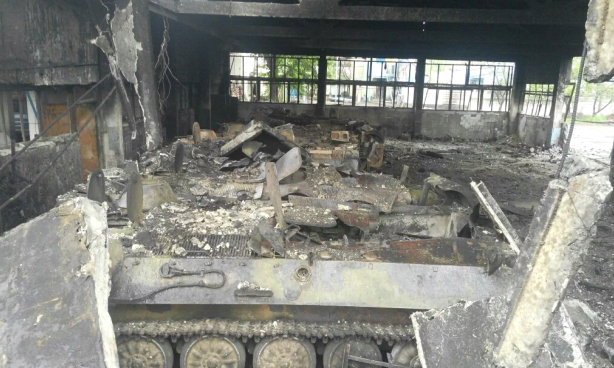 The result of shelling artillery sheds of the Feniks Battalion. May 2016.

According to the report, 112 shells were launched at the position, instead of 3240 shells specified by artillery firing norms.